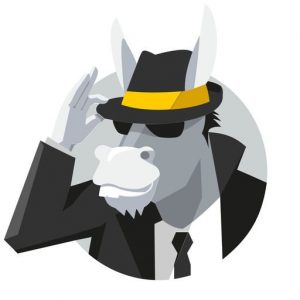 We all want to get as much privacy as possible when using the internet. A VPN provides this by allowing you to create a private and secure connection to another network over the internet and that’s a few of its functions, they add other services such as opening restricted websites, etc.

Hidemyass VPN is an amazing VPN service provider. The main reason for using a VPN service it to ensure invisibility online by hiding your actual IP address and that is exactly what hidemyass offers.

Hidemyass VPN was launched in 2005 by its founder Jack Cator but was recently acquired by AVG technologies making it an extension of Avast. From its inception today, it has gained so much prominence that it now has over 120,000 IP addresses and over 940 VPN servers located in 190 countries in the world.

Hidemyass assures anonymity by ensuring that all sites visited by its users see the IP address designated and not the actual website of the user but due to its location which is in London, there are several stern surveillance rules one of the most severe in the world. Hidemyass claims that they’ll never disclose details about its law-abiding users a record of its user’s activities are still kept, and it has no protection for DNS leaks which are key parts in anonymity which is absolutely no logs isn’t possible, and some customers may find this not to be private enough.

On the bright side, Hidemyass VPN provides one of the fasted internet speeds as a VPN. Due to its amazing number of servers spread across the world, the internet speed is amazing, and users won’t have to face buffering videos

With its amazing number of countries covered it has over 900 servers in over 190 countries, giving its users a huge variety of places a user can connect to.

Fast speed, with its amazing number of servers, the number of users connected to each server is minimal giving enough room for amazing internet speed

Easy to use, its interface very basic and easy to understand and it’s flexible for all devices including phones, but its usage is limited to five devices per license.

It supports open VPN and IPSec giving its users all the protection they need while ensuring their anonymity online.

It gives access to restricted websites. Websites that may be location restricted can be easily bypassed by hidemyass VPN

A 30-day money back guaranteed trial period which is limited to 10gb bandwidth. Once you purchase hidemyass for the first time, there will be a 30 day trial period that would ensure you can request a refund if you are not happy with the service provided although this is not free you can always get your money back.

Due to the surveillance rules in London, they are compelled to keep a record of all metadata and log. Although they claim never to disclose it as long as what is being done isn’t a crime it would feel safer if they weren’t recorded entirely.

It is considered to be barebones in terms of its features.

There is no free trial period.